The time has come for Campaign Budget Optimisation.

From September 2019, the way you set your ad budgets will change. To be brief, you’ll no longer be able to set your lifetime or daily budgets at an ad set level. All budgets will have to cover the entire campaign instead.

Now, Campaign Budget Optimisation (or CBO) has been around since late 2017. However, as it was entirely optional, many marketers have chosen to ignore it, sticking to what they already know. 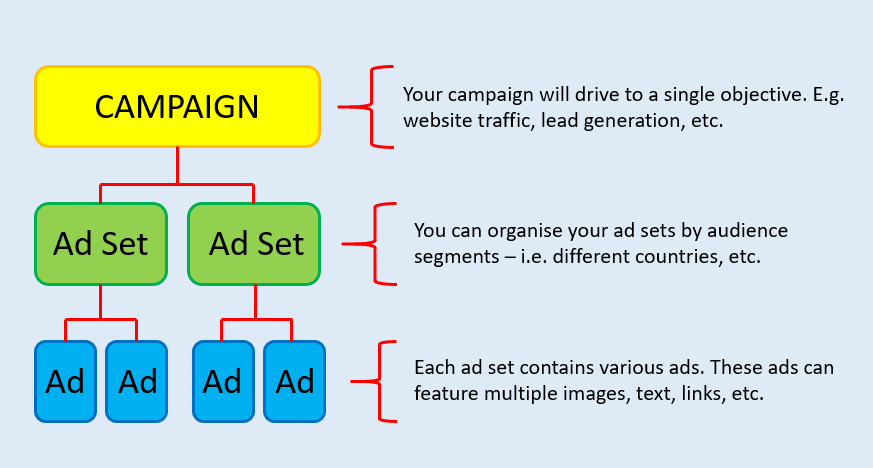 At the moment, Facebook advertisers have more control over how much they are spending per audiences.

When Campaign Budget Optimisation (CBO) is switched on, you can control the daily or lifetime budgets for the entire campaign – rather than at an ad set level.

If your campaign has multiple ad sets, Facebook automatically optimises to distribute your money between those ad sets.

Think of this as a small step forward, rather than a complete change. Ad sets usually contain multiple ads. You set the budget for an ad set, then Facebook distributes the budget among the ads as it sees fit.

Take that step forward, and you’ll see that Facebook is doing something very similar, but at a higher level.

Let’s take the example straight from Facebook.com/business, as they definitely know what they’re talking about.

If you have three ad sets with a budget of $10 each, Facebook will spend $10 on each ad set. This happens even if one particular set isn’t performing as well as the rest.

With CBO, Facebook will record how well each of your ad sets is doing. If one is far outstripping the others, you can choose to spend more on that ad set than the other two.

It boils down to this: in theory, you should get a higher conversion rate if you spend more of the budget on your best-performing ad set.

We’ve done some experiments with CBO and, in some cases, we’ve seen our Cost Per Lead (CPL) reduce by up to 25%.

Nice. We’ve also noticed some other benefits, such as:

1. We can get more value out of our campaigns. If Facebook directs our budget towards the best-performing ad set, we’re likely to see a lower Cost Per Lead (hello, 25%). The budget optimisation works on a continual basis, so budget distribution can change if one ad set proves itself to be particularly special.

4. Competent spending across our audiences (MOST of the time…). Campaign Budget Optimisation takes the hard work out of this, and find the lowest cost opportunities across ad sets and markets.

With CBO, Facebook decides on which audience to spend the most budget. Facebook tends to favour two or three of your custom audiences, then gives a lower budget to the others.

As explained in the Pros, in some ways, this is a good thing. It’s comforting to know that Facebook knows which audience is going to best respond to your campaign.

However, there is a downfall to this too. If an audience responds particularly well, Facebook’s AI may become a tad overenthusiastic. As they pour more of your money into an audience, target viewers may become saturated with your ads.

To combat this, we’ve started putting caps on the amount that each ad set can spend. Yep, Facebook will still allow you to do this.

Under Ad Set Spend Limits, you can choose the minimum amount you’d like to spend (though Facebook can’t guarantee they’ll reach that amount), and the maximum. Facebook won’t use any more budget than that.

If the audience is smaller, you can cap the maximum at a lower amount, forcing Facebook to place the remainder of your funds into a different ad set.

The Trick To It

We work out maximum spends depending on our Cost Per Lead in the industry.

For example, if your target CPL is $20, then each ad set should have a maximum budget of 20x your Cost Per Lead.

Though it’s tempting to sit back and let Facebook do its thing, pushing an audience too hard will freak out Facebook’s algorithm. As a result, you’ll see your CPL start to rise (and you don’t need that!).

By setting a cap at each budget, you’re weaving yourself a little safety net. Facebook recommends against this, as it reduces its flexibility, but it does stop Facebook’s AI from spending way too much on one audience.

This simple hack has seen our cost per lead consistently drop throughout our verticals. Try it – it makes a huge difference!

For the people who’ve been advertising on Facebook for a long time, the changes in September must be maddening.

The important thing is not to lose any sleep over it. Start experimenting with some of your campaigns now, and get to know how CBO works. Remember that everything changes in September, whether you like it or not. For the sake of your current campaigns, treat the migration as an urgent issue.

What are your thoughts about Campaign Budget Optimisation? Let us know in the comments!

How To Analyse Your Customer Data Using A Pivot Table

My Son Tried His First Oyster And It Wasn’t Pretty!

What Is A “Lead To Close” Conversion Percentage?