Can You Save a Dying Ad? Audience and Ad Fatigue

I once likened ad fatigue to having a shelf full of books. You choose one and enjoy a rip-roaring good read. Then you select another by a different author. But when you go to read this new book, it’s exactly the same words, the same characters and the same plot.

Then you realise all the books on the bookshelf are like this.

I realise, now, that this example was entirely wrong.

Audiences aren’t doing anything as active as choosing the ads they want to see (interest-based Google searches aside). Instead, they’re passive spectators, bombarded by as many as 10,000 advertisements every single day.

Ad fatigue is more like having someone jump out on you in a crowded street. There are so many people, not one face stands out in a sea of them. Then BAM! Somebody – probably dressed as a vampire or something – leaps out on you and starts screaming.

It definitely got your attention. But, the next day, you’re fighting your way down the same crowded street, and Vampire Bloke jumps out on you again. And again the next day. And the day after that. Then he doesn’t seem to get it when the trick doesn’t shock you any more. He, like everyone else, has become part of the crowd.

Ad fatigue is when your audience becomes “immune” to or even irritated by your ad, no matter how successful it has previously been.

Its happened to GoCompare, and it’ll happen to you too. Ad fatigue causes your campaigns to get less effective over time, damaging your ROI. What’s worse is, if you insist on showing your audience the same ad over and over again, an eventual ad switch isn’t going to cut it. 64% of people who have downloaded ad blockers did so because they found ads “annoying and intrusive” (HubSpot).

That’s right: one bad ad experience can motivate people to install an ad blocker – a pretty permanent solution to a temporary problem.

What Are The Symptoms of Ad Fatigue?

It’s really not that difficult to spot ad fatigue. “On it” marketers tend to check their ad metrics daily, monitoring any fluctuating statistics. Here are the main signs that your ad has outstayed its welcome.

If your audience welcomed your ad with open arms during its first week, then inexplicably started leaving horrible comments a few days later, that’s a key indicator of ad fatigue.

Facebook users can hide or block any content they’re sick of seeing, and Facebook takes each incident very seriously. If the negative feedback isn’t getting enough positive feedback in counterbalance, Facebook will start making moves against your ad account. This means disapproving ads or even shutting accounts down.

A sudden spike in negative feedback is the clearest sign of ad fatigue you’ll get.

A spike in CPM (Cost Per 1000 Impressions) or CPC (Cost Per Click) is a sign of probable ad fatigue.

CPM is how much it costs for your ad to be seen 1000 times, not the cost of reaching 1000 people. This means that the same people could be seeing your ad multiple times a day, several days a week. If that’s the case, they’re probably fed up with it.

If your high CPM is coupled with a low CTR (click through rate), you’ll know for sure that ad fatigue is playing havoc with your campaigns. 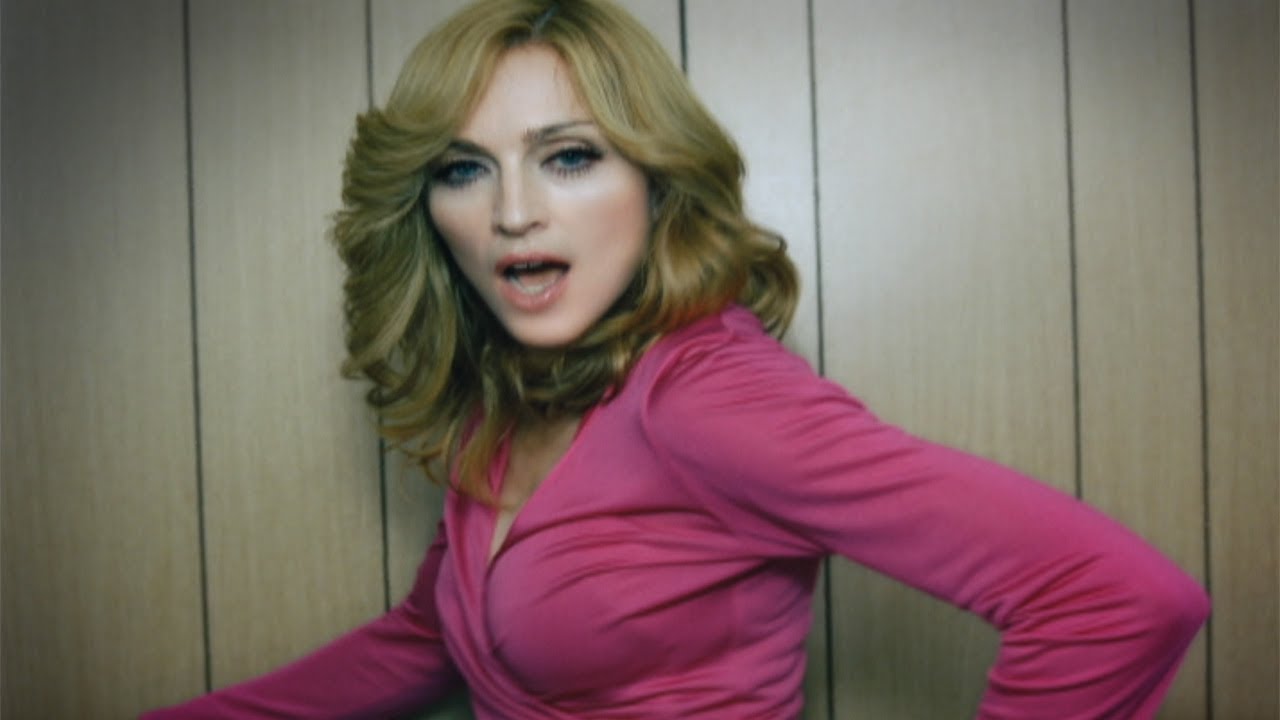 Just like your favourite pop song of ‘05, ads naturally get less popular as they age. One marketing company found that most ads last no more than 35 days (and usually not even as long as that) without severe consequences on Cost Per Click.

The ad frequency metric on Facebook shows you how many times an advert has been seen by one – a unique – user. So, for example, if you have a Facebook frequency score of 3.0, that means one person has seen your ad three times.

Common sense tells you that a user needs to see your ad more than once to take action. However, if a Facebook frequenter has seen your advert 20 times and still hasn’t taken the plunge, then common sense should also tell you that they’re A) not interested in your offer or B) not the right audience.

According to a study by SocialMediaToday, the optimum number of views for an ad is four. After four times per user, you’ll start to see a rise in your CPC.

This, of course, is just a rule of thumb. Sometimes a high frequency can be beneficial if you have high creative variety, but that’s a subject for another day.

How To Cure Ad Fatigue

So, you’ve worked your backside off on a set of ads, and you’re sure they’re destined to become legendary all-time winners.

That’s why it’s so frustrating when an ad starts limping along slower than a pensioner wading through treacle.

Of course, there a couple of things you can do to resuscitate a dying advert… but sometimes you have to accept that the ad, like Elvis, is dead.

Here’s a couple of quick pointers. 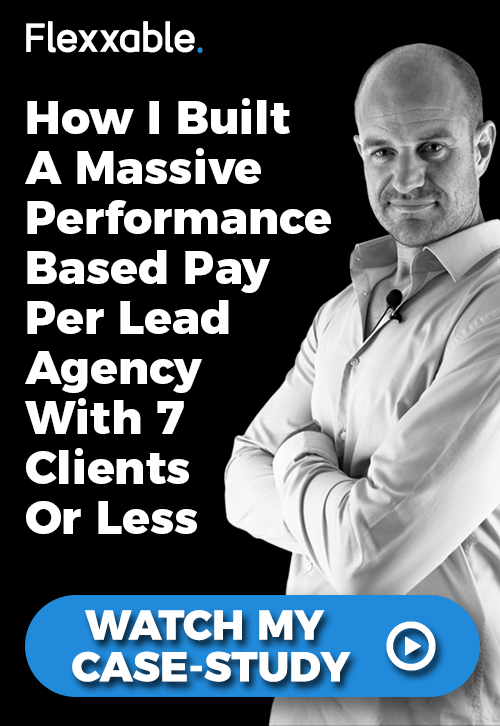 You can take a horse to water, but you can’t make it drink. If no amount of persuasion can make a user take action, you want to avoid advertising to people like that in the future.

The next time you set up an ad campaign, exclude audiences who’ve engaged with your ads over the last year, and the people who’ve already taken the action you wanted. This will ensure that only brand new people will see your ads.

You can also create a lookalike audienceof the people that did engage with your ad – bringing your campaign to thousands of fresh eyes. Allowing any size of lookalike from 1 – 10%, Facebook has got so good at finding audiences, it would be silly not to give it a shot.

Ad fatigue can be counteracted by keeping your current ads on a rota. One ad could be active on Monday through to Thursday, with another ad taking over for the weekend traffic, Friday to Sunday.

It’s not a guaranteed way to save flagging ads, especially if one ad has shown serious signs of giving up the ghost, but a few days of “rest” should put your audience in a better mood come the start of a new week.

3. Jazz Up The Ad Image and Headline

Sometimes, a quick change of image and headline can hold off ad fatigue for a few weeks.

If you want to go down this route, remember that your ad needs to look as new as possible. This means a dramatic change of image or headline, as these are the most recognisable parts of an advert.

If you successfully “trick” audiences into thinking this is a fresh ad, you’ll see your CPC return to what it had been in that first successful week or so.

And now for the hard truth…

There’s no “magic pill” for reviving a dying ad.

Facebook recommends that you update your creative every two weeks to avoid ad fatigue.

If you run an incredibly busy agency (and creative work is tough, let’s face it), then the above tips will help… but you may find you’re just delaying the inevitable.

Facebook isn’t a “set it up and leave it” platform. If you’re advertising for local businesses (dentists, doctors, gyms), then you’ll find yourself with a small audience of about 40,000-500,000 people. Facebook can show your ads to all these users relatively quickly, whereas a national audience (in the millions) can stand a slightly longer advertising period.

But an ad’s short shelf life shouldn’t be considered a burden. An agency’s work can only improve through practice, practice and more practice.

If you take the time creating customer avatars, looking into Audience Insights and developing great hooks, your agency will soon reap the rewards.

Ad fatigue is a serious concern for PPC agencies who can’t (or won’t!) regularly update their creative.

I know, it’s hard work. With so many other things going on, it’s easy to put updated creatives at the bottom of the pile.

But ad fatigue can be the blight that negatively affects your ad performance, impairing your brand, reputation and bottom line. For smaller audiences, ensure you’re updating your ads every two weeks, while larger audiences can withstand about a month.

Have you ever suffered the effects of ad fatigue? Tell us in the comments!

How To Analyse Your Customer Data Using A Pivot Table

My Son Tried His First Oyster And It Wasn’t Pretty!

What Is A “Lead To Close” Conversion Percentage?