What would we do without those little yellow faces?

Gone are the days where we had to put real thought into the written word or, God forbid, express our emotions.

Emojis are hardwired into all forms of communicative technology and, whatever the figurative weather, we can now see how a person’s feeling with one small icon sent in an impulsive text.

How do I feel about it? Kinda like this

If emojis are the latest craze when it comes to communication, it makes sense to use them in your Facebook ads.

For a start, they’re so quick.

Ever heard the expression “a picture is worth a thousand words”?

(And, if multiple blocks of text are your thing, use emojis anyway. Emojis are the magnet to the thousands of scattered iron filings that make up your audience. Once you’ve attracted them, it should be much easier to get prospects to read your lengthier copy.)

See, emojis hold a much more powerful message than a cute gimmick or a string of unintelligible code used by your 16-year-old niece.

How To Escape "Retainer Prison", Wrestle Back 100% Control Of Your Time AND Give Yourself A Raise By Firing Your 10 Bosses (Clients) 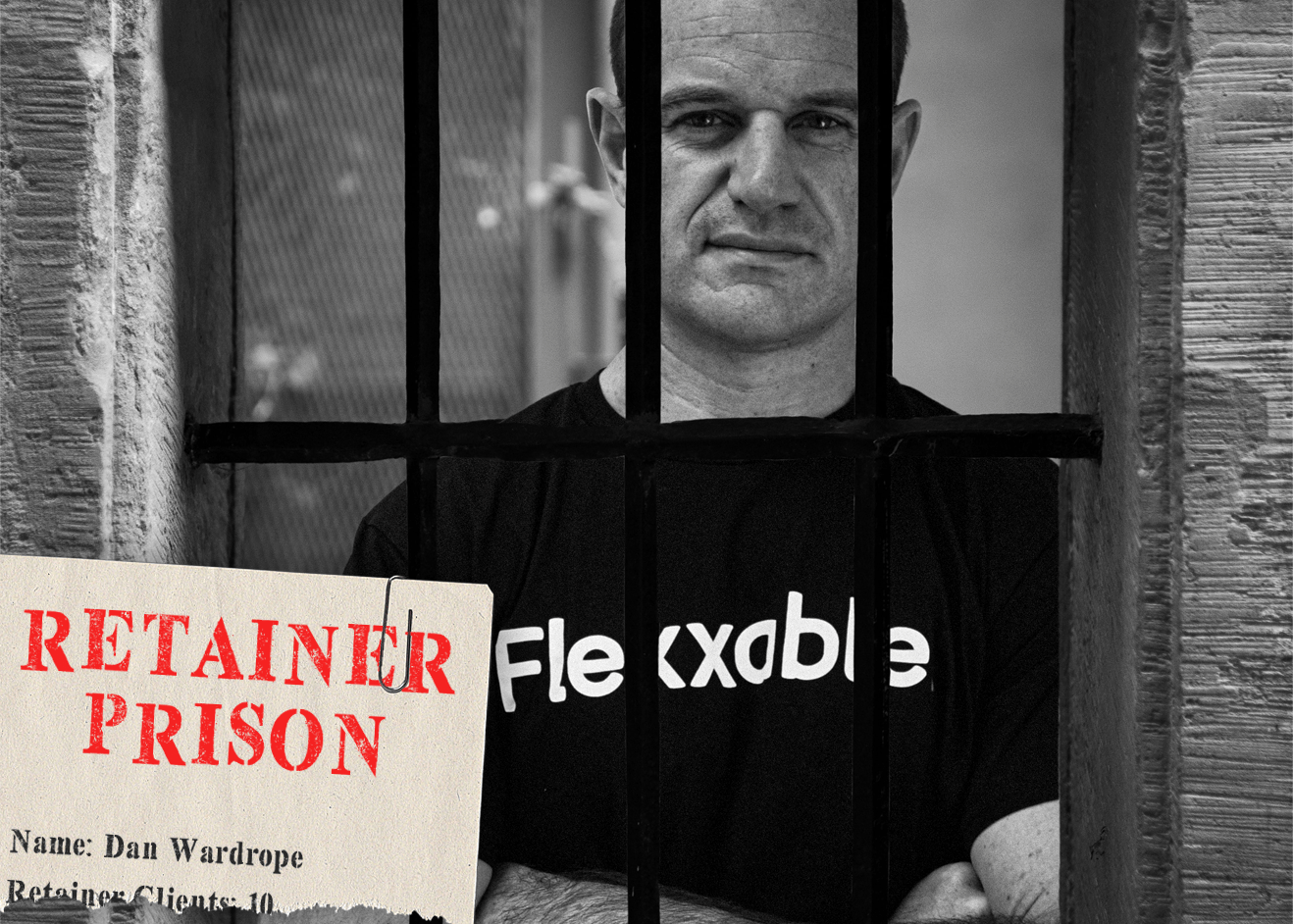 Lemme show you how to fire “pain in the butt” $2,000 a month retainer clients and replace them with $2,000 a DAY Pay Per Lead PARTNERS. Just press the button below quietly (so the warden doesn’t hear) and I’ll slide over my free “Retainer Prison” Escape Plan via email or Messenger, whatever suits.

1. Emojis Get A Higher Click-Through Rate

It’s true. Just using one emoji in a Facebook ad gets us more reach and clicks than if we didn’t use any.

We’ve never done an official case study, but if we do, we’ll keep you posted.

However, there’s tonnes of research that proves our success isn’t just down to a fluke.

In 2017, Scoro, a startup company, decided to put the power of the emoji to the test. Using two almost-identical ads, with a small “flag” emoji added to one headline, they ran a Facebook A/B split test.

The results were astounding.

The headline with the one (quite boring) emoji resulted in a 241% higher click-through rate.

Let that wash over you for a moment.

Though these results are way, way outside the norm (sorry for that small stab of disappointment), other studies have shown that emojis averagely net a 30% – 56% higher CTR.

If this doesn’t have you racing over to emojipedia, nothing will.

It’s definitely worth running a few split-tests to see if emojis increase CTR for your ads.

On February 24, 2016, Facebook rolled out five new Reaction buttons to users worldwide, in addition to the old “like”.

These additions were a massive hit, used over 300 billion times in the first year of their existence.

It turned out that Facebook’s massive user-base wanted to express themselves beyond a simple acknowledgement.

Going further than the much demanded “dislike” button, Facebook allowed its users to covey a full range of emotions at the tap of a finger.

When it comes to advertising, Reactions directly influence whether your ads will show up on a Facebook feed.

As the algorithm values “meaningful interactions” beyond anything else, a Reaction is a clear signal that the user wants to see similar posts than if they’d merely left a Like or did nothing at all.

But, in 2019, Facebook is taking things a step even further.

(If there were an Illuminati emoji, I’d use it now).

Keeping a close eye on the emojis you use in statuses, messages and shares, Facebook’s algorithm will try and tailor the ads they show you to suit your current mood.

“My hair is such a mess today. I just can’t.

So, if you want to try out this advertising strategy, it’s worth adding a few emojis to your copy.

The algorithm will look at the general “mood” of your ad and show it to users whose mood “matches” or requires a little boost.

I can’t say it’s a foolproof method – but it could get you some extra results!

At its most basic, indirect response advertising comes down to the call-to-action.

You’ve probably seen it hundreds of times before – more and more service-based brands are opting for the “Learn More” or “Get Quote” CTA buttons than “Shop Now” or “Sign Up”.

The psychological reasoning for this is subtle, yet significant.

Service-based brands have to be far smarter with their advertising than a product-based one.

The user has seen the product on offer, and the first click will send them to size selection, prices, etc.

Services, on the other hand, are harder to promote through pictures. They also require more commitment from a prospect than a one-time purchase.

As I’ve said many, many times before, people don’t go on Facebook to be sold something.

They’re certainly not going to make an impulsive decision to invest in monthly life-insurance from one Facebook ad and without knowing the facts.

“Shop Now” or “Sign Up”, then, seem a little presumptuous and ask for way more commitment than the ad warrants.

“Learn More”, on the other hand, eases the prospect in without making any demands.

Because the purchase isn’t instantaneous, that’s why we call it “indirect response advertising”.

Unfairly, services-based ads have got a rep as being a tad more “stuffy” than product-centred counterparts.

Inject a bit of colour and humour into your ads by using emojis (wisely), and watch a formerly “boring” ad garner the attention it deserves.

Here’s an example from the FlexxDigital team: 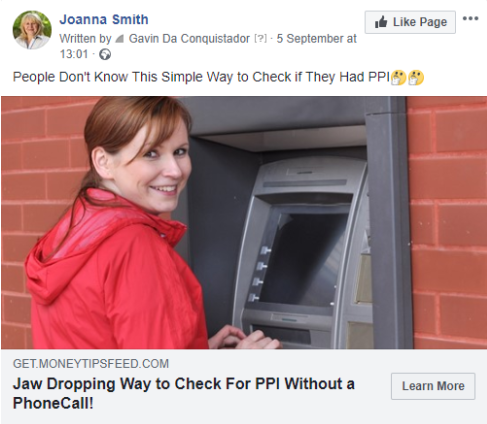 PPI definitely isn’t something to get users hanging off the edges of their seats, but this ad did remarkably well.

The emojis helped to “humanise” a financial service, livened up a dull topic and, combined with “Learn More”, didn’t pressurise prospects into a transaction.

If you really wanted to push your ad’s neutrality, you could use an arrow or finger emoji to point to the CTA button by the headline.

The colour will draw attention to your black and white headline and will press your “no pressure” policy home.

In our social media obsessed times, it’s been proved that looking at an emoji is more gratifying than reading a word from the Oxford English Dictionary.

92% of the online population use emojis daily.

If you haven’t experimented with emojis in your Facebook ads, I suggest you hop on the bandwagon quickly.

Emoji use is a delicate art form, and a clumsy hand can see your ROI drop faster than a penny hurled off the Eiffel Tower.

If it makes it easier, think of emojis as akin to punctuation.

Let emojis work with the written word and look carefully at your ads to gauge whether they still look professional.

If you’re not emoji-literate, it may be worth passing emoji-duties to a younger member of your team, or to get someone who knows their picture-slang to give the ad a check before it goes live.

After all your hard work, it would suck if your ad bombed due to a couple of well-meaning, though misplaced, icons.

Used well, however, emojis can make a significant and relevant impact on an otherwise run-of-the-mill advertisement.

As global communication continues to develop, emojis can be understood by anybody, in any language – and any marketer worth their salt would keep their eye trained on the possibilities.

Looking for more help within Facebook or you’re looking to diversify your platforms?

We’ve got loads of videos full of useful info you need to grow your lead gen agency or even start one! 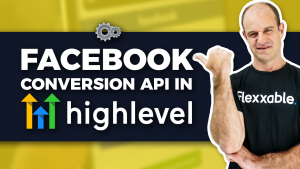 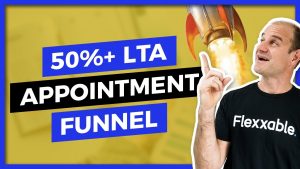 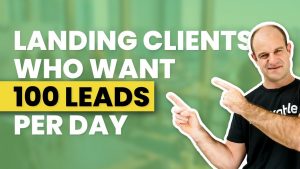 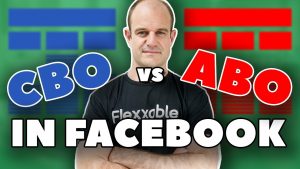 CBO vs ABO On Facebook? Which Is Better For You?