How To Create New YouTube Ads For An Existing Campaign

So, you’ve already got some YouTube ads up and running, and they’ve been doing exceptionally well.

First off – well done you.

But as with Facebook (boo! hiss!), YouTube ads also have a shelf-life. A video ad can last a couple of months, but when the CPV or CPL spikes, it could mean the audience are experiencing ad fatigue.

If that’s the case, I’m going to tell you today how to create new YouTube ads for an already existing campaign.

NOTE: When I refer to “YouTube ads”, I’m talking about the TrueView, In-Stream ads.

Viewers can skip these ads after 5 seconds. These ads are great, because you’re not charged a penny unless the viewer either makes a click or watches over 30 seconds of the video.

I’ve talked about the different variations of YouTube ads in a previous post, but I find TrueView In-Stream to be the best by far.

Here are four ways and reasons to create new YouTube ads for an existing campaign.

Even if your ads are pulling in views and leads by the truckload, it doesn’t hurt to create new YouTube ads to mix up your campaign a bit.

This way, your best-performing ads won’t fall victim to the dreaded “ad fatigue” that haunts Facebook so often.

Updating your YouTube creative so often will also put you at an enormous advantage.

Writing YouTube scripts, shooting, editing, hiring actors, adding graphics, etc., all take time. Many companies prefer to shoot one “really good” (in their opinion) YouTube ad, and use that for up to six months.

In reality, these businesses aren’t getting anywhere near the revenue they could if they were prepared to spend more money and time.

Say, for example, you posted a brand new ad to Facebook. The ad did pretty well, and you were getting a good level of engagement with plenty of new leads. That’s fine.

However, without split-testing and comparison, you’ll never know if another ad could have done even better.

And with high-ticket items, the difference between 200 leads and 250 could mean thousands of pounds you’re leaving on the table.

If you’re worried about writing multiple YouTube scripts, did you know that Flexxable offers YouTube template scripts as part of the paid course?

Check out our value video here.

Created a new YouTube ad but not too sure of its potential?

Use it in a campaign that already converts.

Unlike Facebook, YouTube doesn’t penalise your CPL for inferior ads… if you add them to a campaign that’s already crushing it.

If you add new creatives to Facebook and they don’t do well, that can mess up the algorithm. Sometimes, you’ll never get that ad set back to the way it was.

However, YouTube is much more lenient. If you create a new YouTube ad that hits the mark, it’ll do well out of the gates and start garnering traffic immediately. If it’s not as good as your existing YouTube ads, it just won’t get the views.

As you only pay for videos viewed for 30 seconds or more, you’ll be able to tell quickly if the new creative isn’t up to scratch.

If you’re worried about writing multiple YouTube scripts over the course of a few weeks, consider using different actors with the same script.

Again, this method is a form of split-testing – and it’s a guaranteed way to keep your YouTube creative fresh.

Be aware, when using different actors, that the results may surprise you.

For one of Flexx Digital’s recent ads, we were sure that the winning video would star a white woman in her mid-forties, with no discernible accent. However, the clear winner was a black lady in her late-thirties.

To read another script, we hired four actors. Three of them, in slightly different age-groups, took to the script like ducks to water. One of them, however, struggled with the script’s tone and our direction. We thought the last actor had no chance but, when it came to putting the ads up, she blew the rest of the competition away.

There’s no rhyme or reason, and you won’t know until you split-test your actors as well as your script.

If you’ve got no idea how to hire actors, here are a few quick tips:

Browsing through ads on and off YouTube, I’m horrified by how many companies use the same hook to advertise their product or service.

It hardly sets you on fire, does it?

Life Insurance ads on YouTube fare better, with some ranging from humorous to outright shocking. One particularly memorable one was a young man in the car with his crush. The ad set everything up for the first kiss – until the guy was shot through the car window.

In good taste? Perhaps not. However, State Farm, with the tagline “it’s never too early to start thinking about life insurance”, made people sit up and listen.

There’s no need to use extreme shock tactics in your YouTube ads, but make an effort to think outside of the box when it comes to writing hooks.

One tip for an “out of the box” hook is to think negative.

Sometimes, all the “this will transform your life” spiel gets tiring – for both you and the customer.

In Robert Cialdini’s book “Influence: The Psychology of Persuasion”, he tells us about a study conducted with two slightly different adverts sent to homeowners in the same neighbourhood.

The first ad said: “If you insulate your home fully, you’ll save 50 cents a day.”

The second ad said: “If you don’t insulate your home fully, you’ll lose 50 cents a day.”

The people who received the second ad were 150x more likely to insulate their homes.

This study shows us that people are more motivated by the fear of loss than the hope of gain. Avoiding pain is more important to our survival than gaining pleasure.

See, us humans like to read and watch things that tap into the four “S”s:

So, try your hand at coming up with some negative hooks to catch your audience’s attention. Here are some (both swiped and made up):

7 Reasons Your Ads Are Destined To Fail

How Lindsay Lohan Destroyed Her Looks

Are You Destined To Be Ripped Off By Health Insurance Companies?

Why Buying A Company Car Destroyed My Business

Have You Been Duped By Your Mortgage Broker?

Difficult it may be, but a bit of lateral thinking when it comes to your hooks could be the difference between a two-month campaign and a two-year one.

Apply your new and improved hooks when you create your new YouTube ads, and see your CPL do nothing but drop. 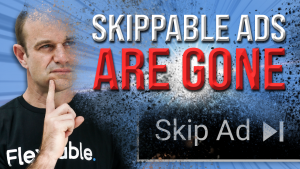 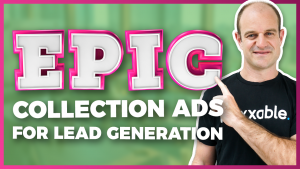 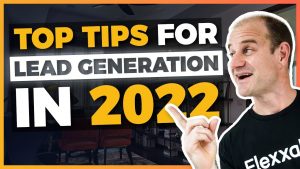 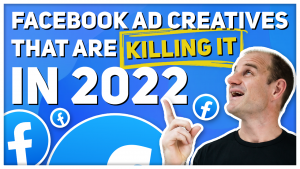