It’s 10:55pm at Schönefeld Airport, Berlin. We stumble out of the harsh lights and automatic doors in dribs and drabs; some of us have been delayed by passport control, some of us are mewling for a nearby toilet, and some of us, so it seems, inexplicably like hanging around dead-time airports.

The air outside is crisp and cold. For those gasping for a cigarette (about half of us), the shock on our lungs is similar to a mother flinging open the curtains on a late-teen hangover. Our bronchi shudder and spasm in fleeting ecstasy, then desperation. Almost simultaneously we let our baggage drop to the concrete with a thud and a clatter, our hands groping in pockets for tobacco and paper and filters and fire.

Unfortunately (or fortunately, for the health conscious), I was one of the sad sacks left to wither before the eyes of passport security (it took four attempts to scan my passport. Is it broken? Does that somehow mean I’m broken?!), so I barely have the time to locate my lighter before we cram into a black eight-seater and try not to touch each other while fumbling for seatbelts in the dark.

The driver asks us for an address, and he’s assaulted by the blue-light of four phone screens at once, all of us yelling out answers of various intelligibility:

None of us has any idea what we’re trying to say, and it feels great. For a precious fifteen seconds, it’s a game; who can make the light of realisation dawn in the driver’s eyes? The answer, inevitably, turns out to be Google Maps.

On the drive, we pass through several tunnels. Most of us are busy talking among ourselves and trying to work out whether we’re too tired to go out (no), so when Gavin says “I like these tunnels. They’re better than English tunnels,” all of us gawp out of the window like we’re not getting an eyeful of concrete and brick.

The multiple conversations merge into the relaxed affability of light ridicule, but Gavin sticks to his guns. He can, in ways we can’t, see why these tunnels are better than English ones and he’ll leave it to us to figure out why. Were they wider? Better lit? Contained a more organised stream of traffic? It was hard to conjure a comparison point, and all I could think of was the tunnel scene in The Men In Black, set in New York. Pointless.

Acama Hostel in Kreuzberg is precisely the kind of hostel you’d want for a relatively small budget. Large, clean rooms with huge windows looking directly down into the courtyard, enough plug sockets to blow the mains if you so wished, a powerful shower and even a table and chair for when you wanted to be fancy and sit up to drink your Pilsner Urquell, rather than just lolling on the (white, tidy) bed.

One of the best things about Berlin is that, if you felt inclined, you could stay up for 72 hours straight and still find somewhere else to go or more things to do. Feelings of exhaustion are left entirely in your hands, for you to crumble to or stave off with a cocktail of coffee, beer and “lust for life”.

For those of you whose knowledge of the city include hazy memories of Bob Fosse’s Cabaret, images of late-night Berlin may consist of ripped stockings, women writhing sexlessly under neon lights, and dark pits deep underground, intended explicitly for the adventurous to find other people and, on the stair-ridden journey, perhaps even find themselves.

The good news is, you can absolutely do that. Hundo P. We’d barely been in Berlin for 18 hours before a sprightly waiter recommended the KitKatClub to us, advising to dress very down and to open our minds and hearts to the endless possibilities.

We didn’t go, but it remained a point of strong consideration among us for the remainder of our Glühweins and Weißbiers, with the unspoken debate on whether we’d be able to look each other in the eye come dawn. We probably could have, especially if it meant avoiding looking at anything else.

The Song of Robert Pugh

Spanking wasn’t entirely out of the question, however, as we did so with our money at several of the available PG13 bars, pubs and clubs. Rob, filled with an admirable sense of joie de vivre (or Lebensfreude in Germany) decided the best plan of action would be to live like a king for the first 24 hours, then as a pauper for the remaining 48. It was a true moderate-budget-to-rags story, and one that could inspire poetry, like this:

This rapid descent into bankruptcy began in Alexanderplatz at Hofbräu Berlin Biergarten, a restaurant that adheres so strictly to the tourist’s idea of “Germany”, it comes off as a 3D satirical art piece.

Serving nothing a goldfish could feasibly survive in, the wooden tables and benches were crammed full of people whooping and yelling and having an excellent time. A Bavarian band puffed gamely through the shrieks and clanks of steins being slammed together in the riotous encouragement of total inebriation.

The currywurst was plentiful, the waiters were dressed in lederhosen. It was like being at a German version of a Gatsby party but, instead of coming and going like “moths among the whisperings and the champagne and stars”, it was more “staying firmly planted to your bench, like limpets among the yowling and the liquor and the lamps”.

And, like Gatsby’s green light, the illuminated Berlin Television Tower watched us all, hazy and spectral with cloud and reserving its judgement, like it had seen it all before.

The second night saw a majority of us hopping into a taxi and making our way over to Warschauerstraße, to integrate ourselves into the interactive delights of Monster Ronson’s Ichiban Karaoke. Boasting at least four private karaoke booths, and an open stage in the club’s centre for the brave (or the patient, or the poor!), Monster Ronson’s is the opposite of a “hidden gem”. On the contrary, it’s a jewel romping in plain sight, crammed with tourists from all over Europe, all desperate to impart their unique version of The Killers’ Mr Brightside.

Underneath the mood lighting and the smoke curling from the Smoking Cupboard just behind us (the only bad point, really. Going into the indoor smoking area was like taking steady steps on a descent into Hell), it was impossible not to get carried on the wave of a powerful vibe: this was not a place where you needed to be cool or impressive, you just needed to be able to sing and put up with the singing of other people.

It was an excellent night and, after a two-hour wait, Graham brought Ariana to full fangirl mode with a version of Elton John’s Your Song, lovingly honed after many, many hours practised in the karaoke bars of Brighton. Ariana’s infectious enthusiasm extended to the wonderful and accommodating bar staff, as she struck up a friendship with an Irish girl working her first few weeks in Berlin.

The last evening saw another change of venue, this time at Minimal Bar, Rigaer Straße. A blend of a nightclub, live music and ping pong, Gavin, Graham (I was the Junior Ping Pong Champion in Kent!), Ariana and Milo tested their batting skills against a dozen Berliners who’d worked hard to make ping pong into an art. It was a relaxed way to end an intense four days and the calm before the storm of a mad 4am dash to the airport a few short hours later.

It would be criminal not to acknowledge the rich tapestry of Berlin’s cultural sights (thank you, Emily, for your excellent sense of organisation and prowess with Google Maps!). All within walking distance of each other (or a short shuttle on an S-Bahn!), the city has multiple museums, sites, memorials and places of interest covering anything that people could hanker for. The more architecturally severe buildings are painted with bright street art – common in Berlin and certainly not a sign of socioeconomic failure. Instead, the graffiti represents a tide of political opinions, talking points, and experimental murals, lending the city a sense of freedom you may struggle to find in some parts of London.

The Topography of Terror

On our travels, we also paid a visit to The Topography of Terror on Niederkirchnerstraße, a few minutes walk away from Checkpoint Charlie. Berlin has not dedicated itself to reminding tourists of Germany’s part in World War Two, nor has it scrambled to hide anything from the public eye. If you’re curious, there is plenty to see. If not, there are scores of galleries, museums devoted to anything from currywurst to cinema, and alcoves of quirkiness that’ll satisfy even the most eclectic tastes.

The Topography of Terror is a free museum, and maps the rise of Nationalist Socialism from the 1920s to the end of the war in 1945. Rich with information boards, photographs and book extracts, it’s easy to spend four or five hours there and drink in every terrible detail of Germany under Hitler’s despotic leadership. Currently, there’s a special exhibition depicting the events of Kristallnacht (Night of the Broken Glass), in 1938, recounting the treatment of the Jews before the conception of the first extermination camp. Without lapsing into hysteria, the exhibition manages to report the events of that night while providing photographic evidence more affecting than the words. It was a sobering afternoon, but a visit worth making.

So close to Christmas, the chance to go and see Berlin was an excellent way to let off some steam, bond with co-workers and see the endless delights the city has to offer. We would all like to thank Dan for his generosity and tell him its an experience we’ll treasure. Walking through a lit-up Brandenburg Gate on a dark autumn evening was like merging the knowledge of world history with the picturesque beauty of a postcard. It’s funny, but all of us had the same thoughts on Berlin as we gathered again at Schönefeld Airport for the return flight: it didn’t feel like a holiday destination, it felt like home.

If you’d like to find out more about what we get up to at Flexxable, head on over to our website, and watch our FREE case study. 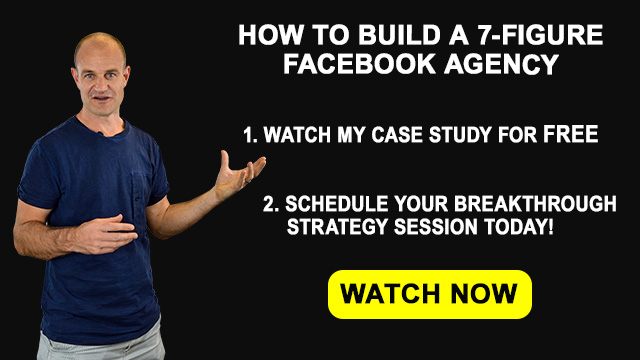 The Curious Case Of Max Conversions

The Power Of Lateral Thinking

Learn how to use lateral thinking to find those winning hooks into your market.

Finding The Perfect Hook Into The Market 🎣

Learn my top tips on how to find the perfect hook into the market that converts!

Learn how to get started in pay per lead without risking ANY of your own money!

Ask Dan anything about Pay Per Lead! (Opens in Facebook Messenger)

Ask Dan anything about Pay Per Lead via Facebook Messenger